This information pertains to the ESP8266-based "classic" BASIC Engine. Check the Next Generation page for information on the new and much more powerful BASIC Engine platform.

What is the BASIC Engine? 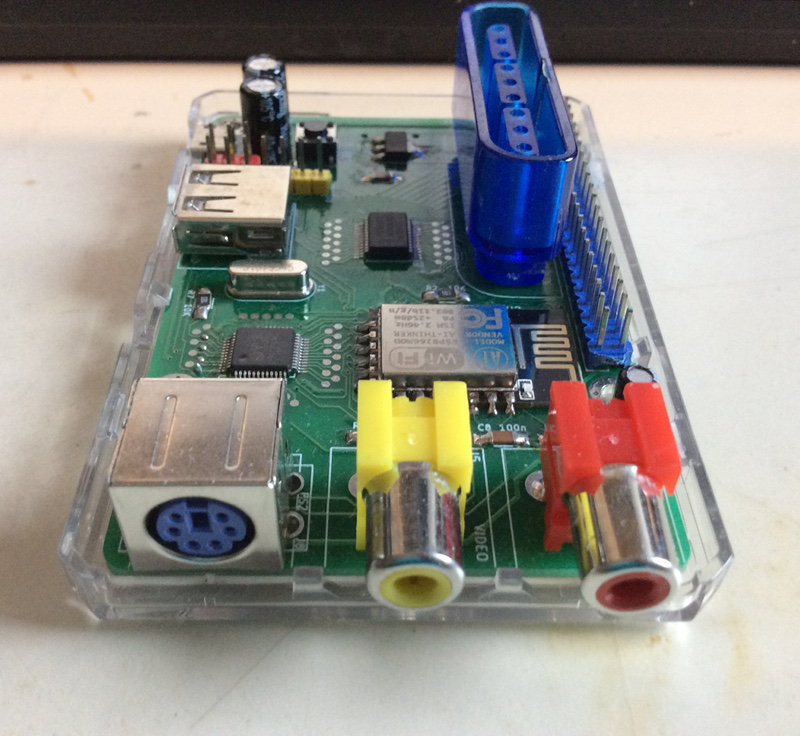 The BASIC Engine is a very low-cost single-board home computer with advanced 2D color graphics and sound capabilities, roughly comparable to late-1980s or early-1990s computers and video game consoles. It can be built at home without special skills or tools and using readily available components for under 10 Euros in parts, or mass-produced for even less.

What can it do?

This firmware contains a basic operating system and BASIC interpreter ("Engine BASIC") that allows the BASIC Engine to be used as a stand-alone computer programmable in the BASIC language. It provides easy access to the hardware’s capabilities as well as numerous other features.

How to build it

The BASIC Engine Hardware page explains how to build your BASIC Engine, including where to get parts, what tools you need, and how to install the firmware.

The BASIC Engine Shuttle page shows you how to build an experimental system that contains an ESP32 processor and does not require a separate graphics chip. Be sure to read the page in its entirety before building a Shuttle in order to understand its limitations and avoid disappointment!

How to use it

If you have never programmed a computer in BASIC or any other programming language, you may want to start with the Introduction to BASIC Programming.

Consult the Engine BASIC Reference Manual to find out how to make the most of the capabilities of Engine BASIC.

BASIC demo programs can be found in the Engine BASIC demos repository.

The project Makefile automatically downloads the required toolchains and libraries and builds the firmware. It currently only works on Debian-derived Linux distributions (such as Linux Mint and Ubuntu) on AMD64 and ARM64 systems.

To find out more, run make in the firmware source directory.

See the BASIC Engine History page for the whole story.